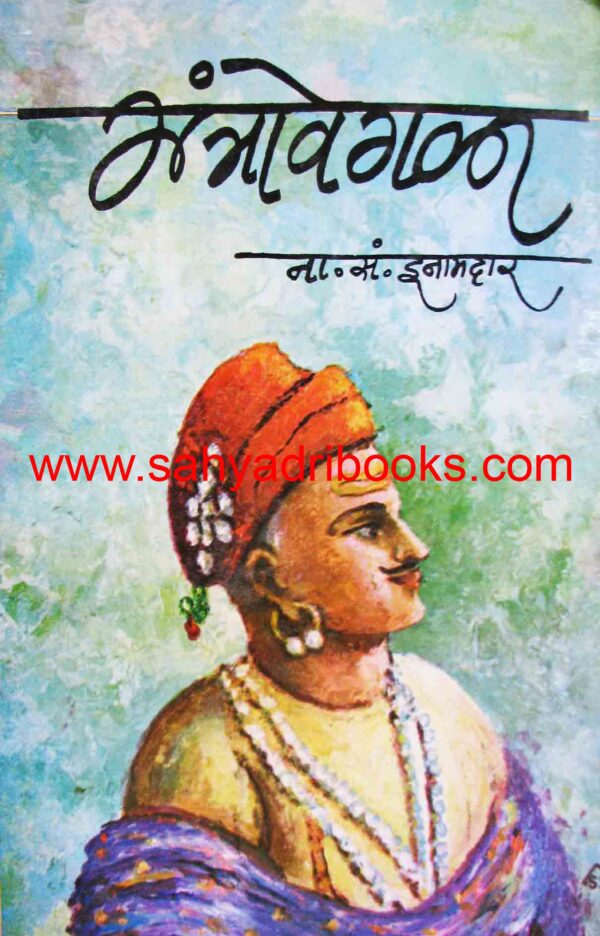 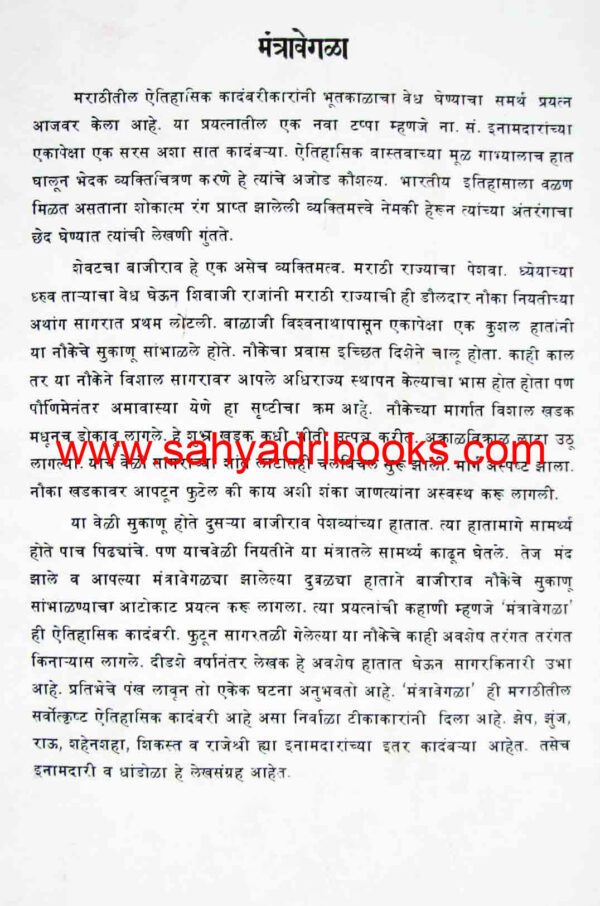 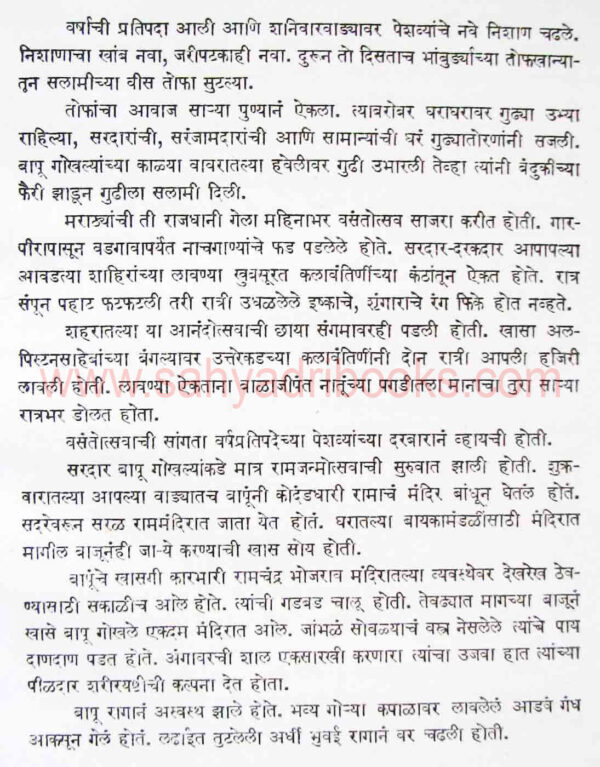 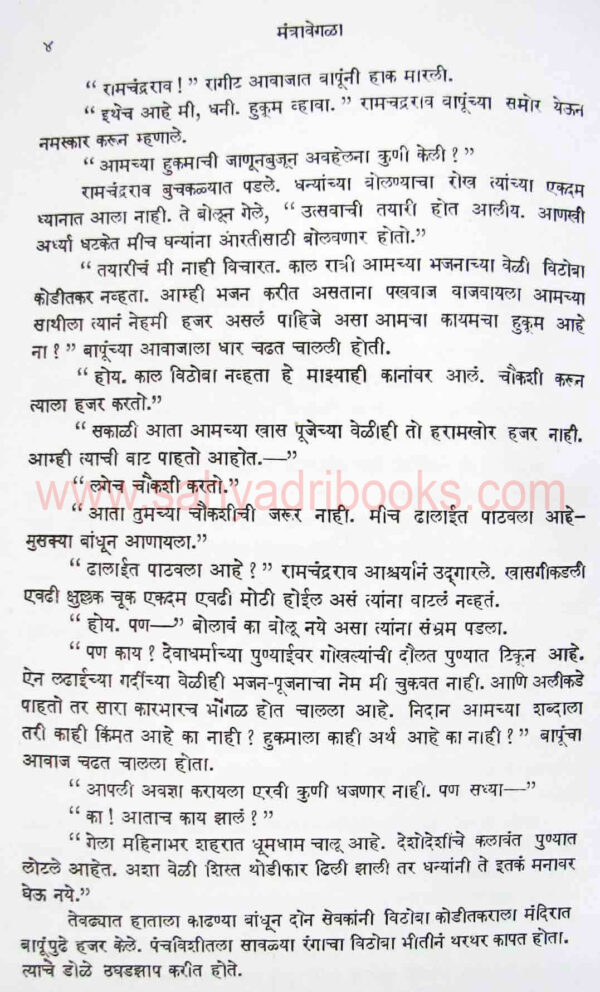 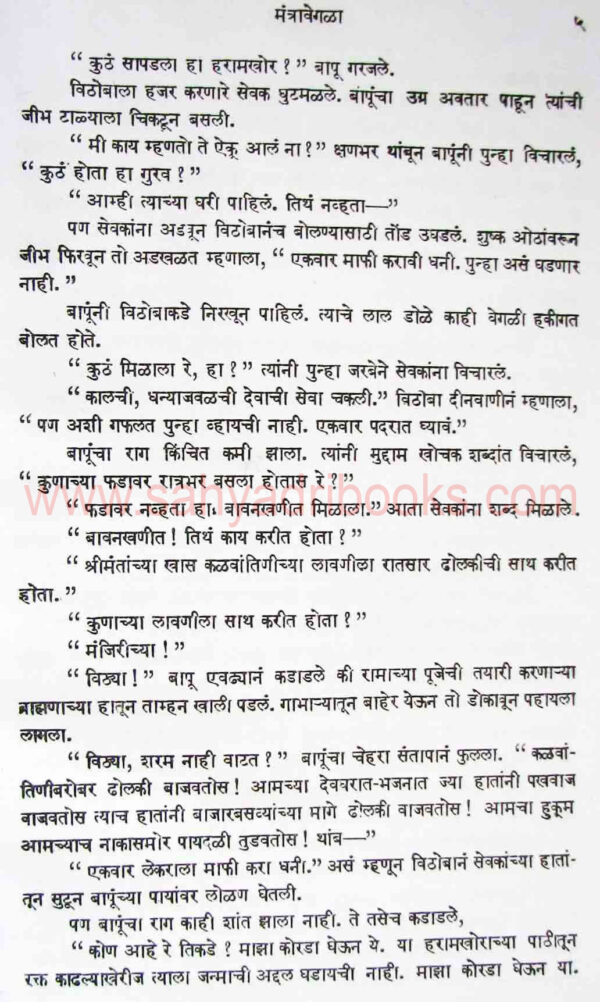 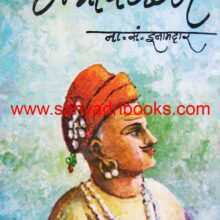 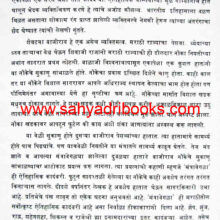 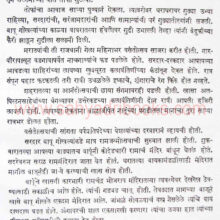 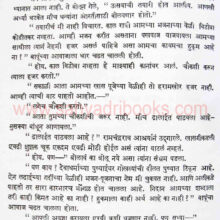 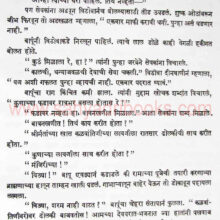 The Maratha rule ran for 150 years but on the decline of the rule, Last Bajirao Peshwa was the reigning authority, who was falsely termed as coward, stupid and sole responsible person for the fall of Maratha empire. This is an account of the emotions of such person i.e. Bajirao Second what he felt of the decline of the strong rule of the ancestors. This controversial novel Mantrawegla consists of the standing ahead of the controversies, how Bajirao prepared himself for the battlefield and proving himself out of the stereo type people. Through this novel the author N. S. Inamdar puts forth a new direction of presenting the facts in an intrinsic manner.