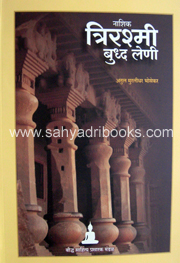 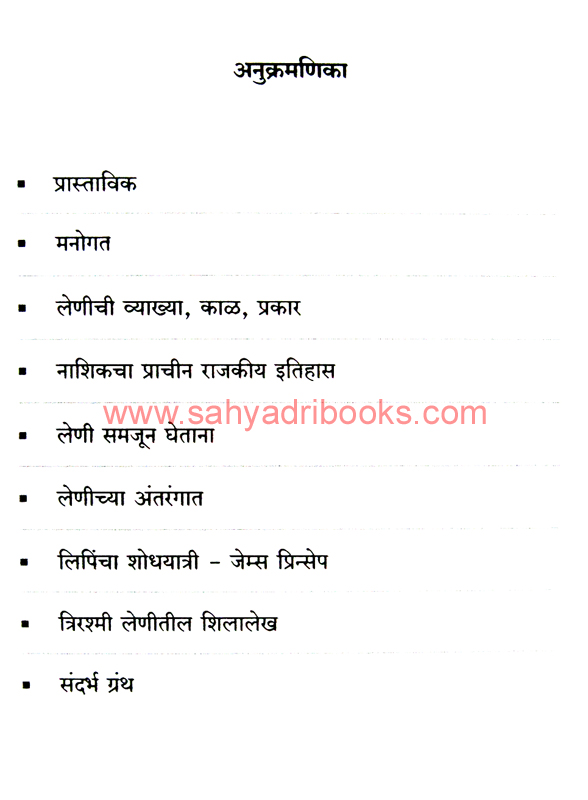 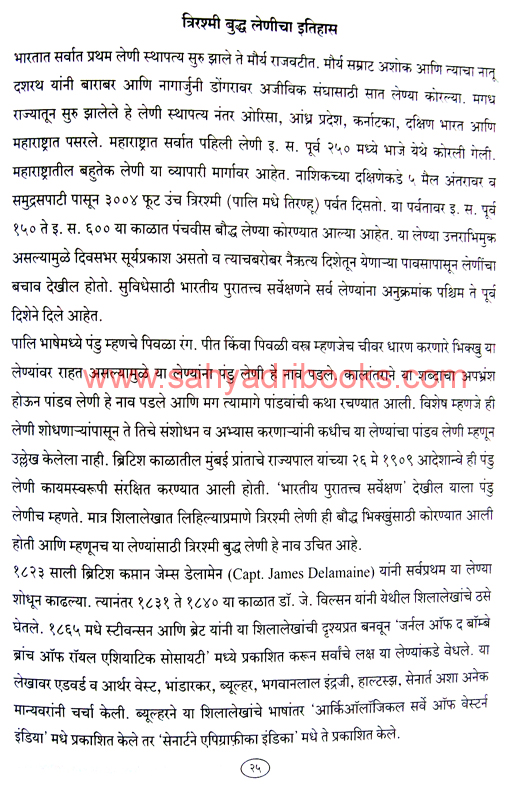 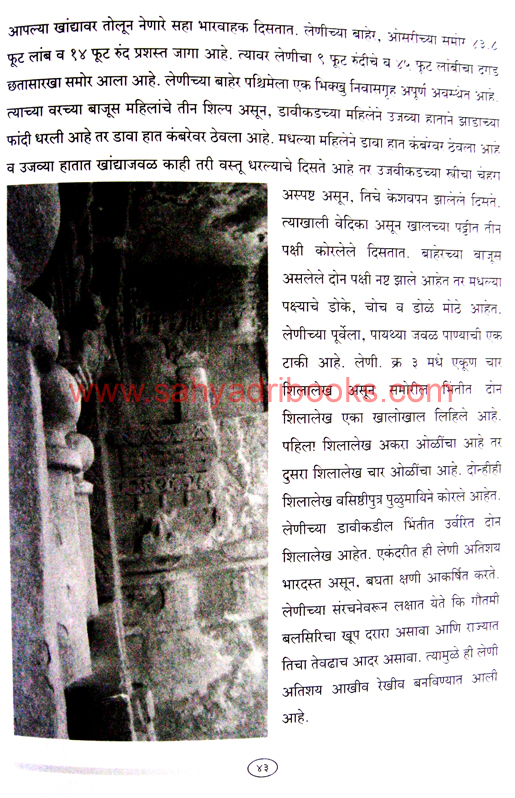 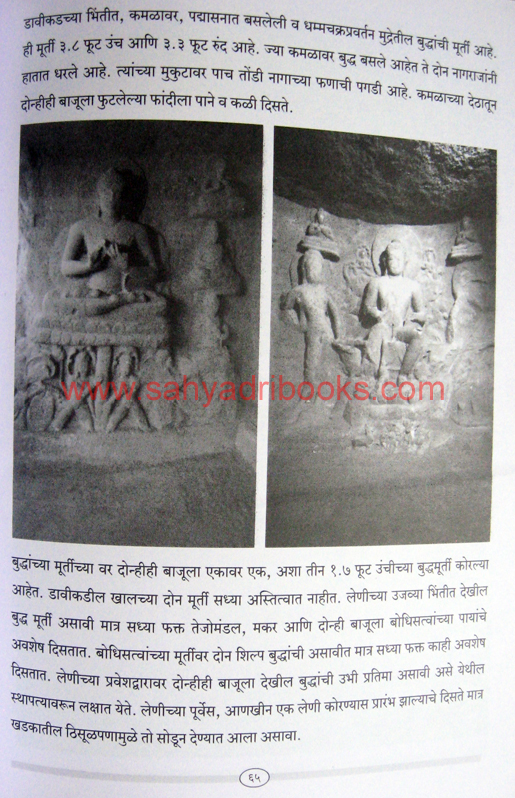 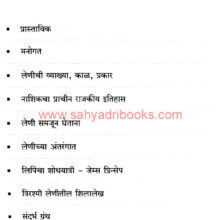 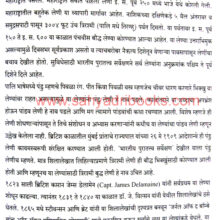 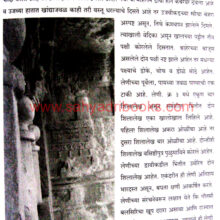 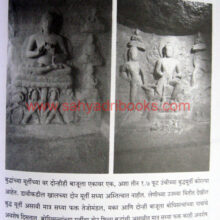 Trirashmi Buddha Leni book in Marathi written on the Buddha caves popularly known as Pandav Leni located near Nashik. These caves are a group of 25 caves carved between the 1st century BCE and the 3rd century CE, though additional sculptures were added up to about the 6th century, reflecting changes in Buddhist devotional practices.In first part this book describes period in which all Buddhist caves carved in Maharashtra along with art and architecture of Bauddha caves. In second part detailed information of each cave located here along with photographs is given. In third part photographs along with transliteration and translation of all Bramhi inscriptions in caves are given.written by Atul Bhosekar