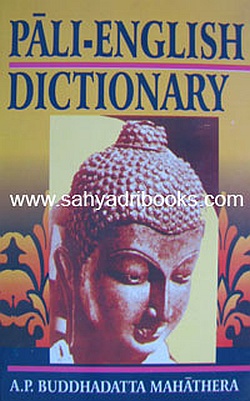 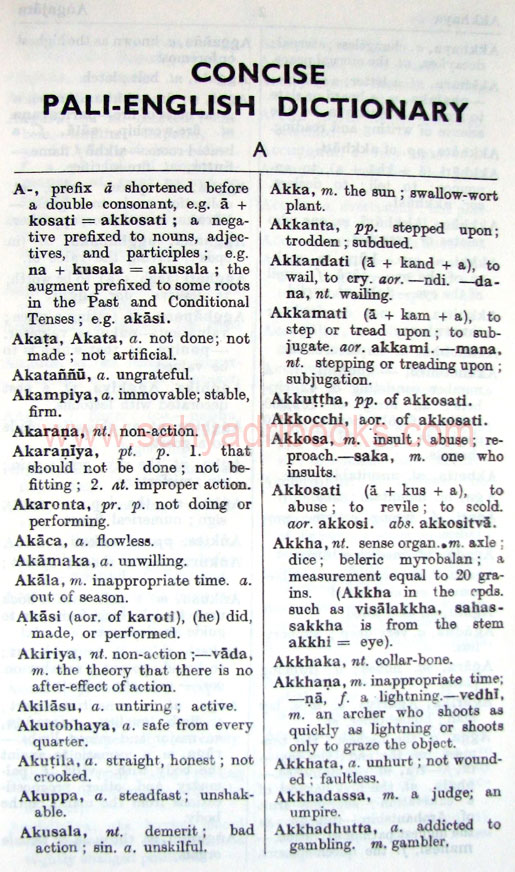 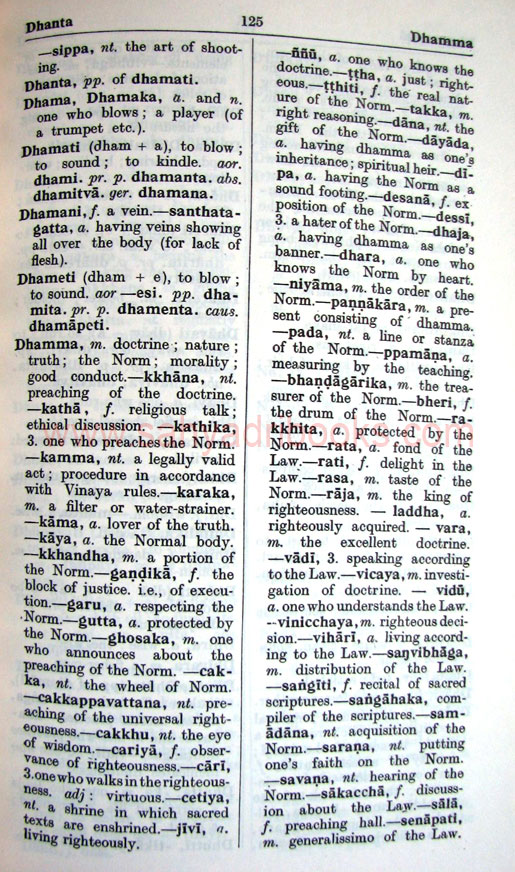 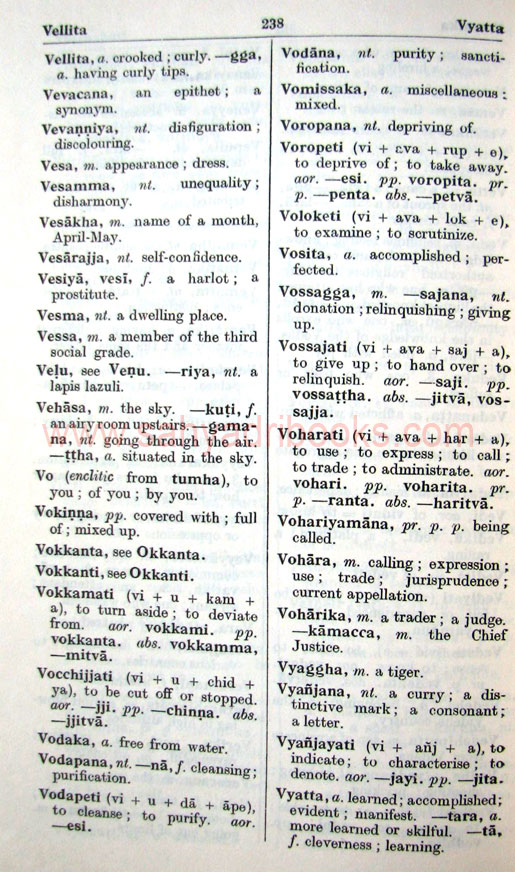 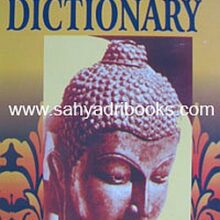 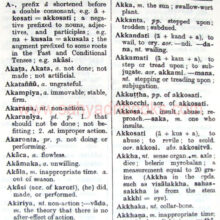 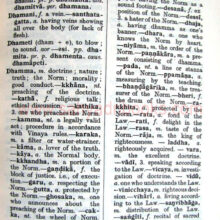 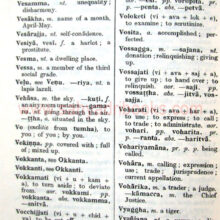 Pali-English Dictionary by A.P.B. Mahathera book has given stems of some pali nouns with consonantal endings. A Pali-English dictionary for use by students in schools and colleges has been a long- felt need.

Pali-English Dictionary of the Pali text society has given stems of some Pali nouns with consonantal endings, viz, sattar, pitar, Brahman, but is not followed in the book. Various Pali Grammarians also have not adopted them, but have given stems with vowel endings. There had been plenty of demand for Pali – English Dictionary from schools and colleges. The secondary Derivatives ending in ta are included in feminine & they have neuter forms ending in tta and ttana. For brevity, only one form either ending in ta or tta given in the book. Compiled by A.P.B. Mahathera