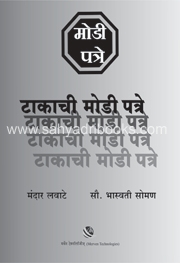 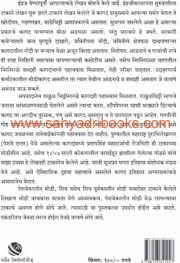 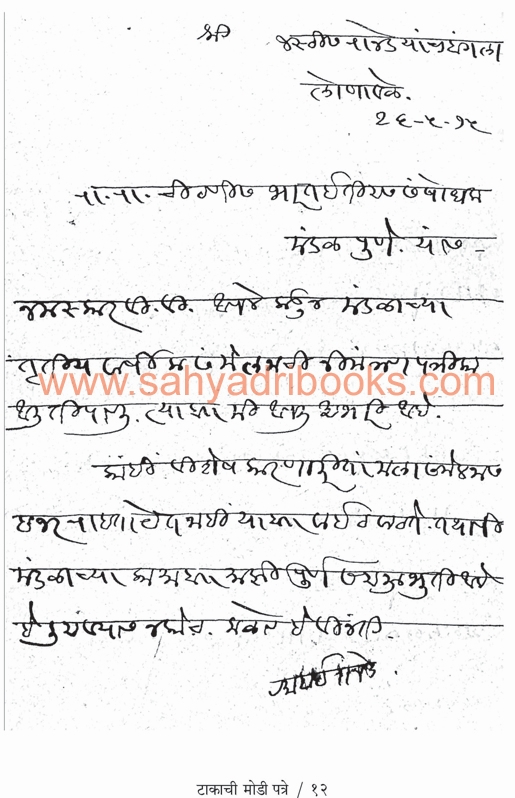 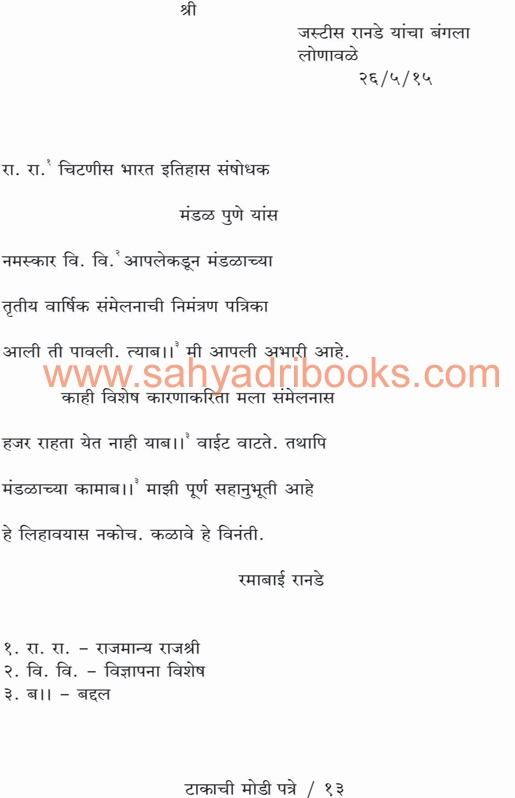 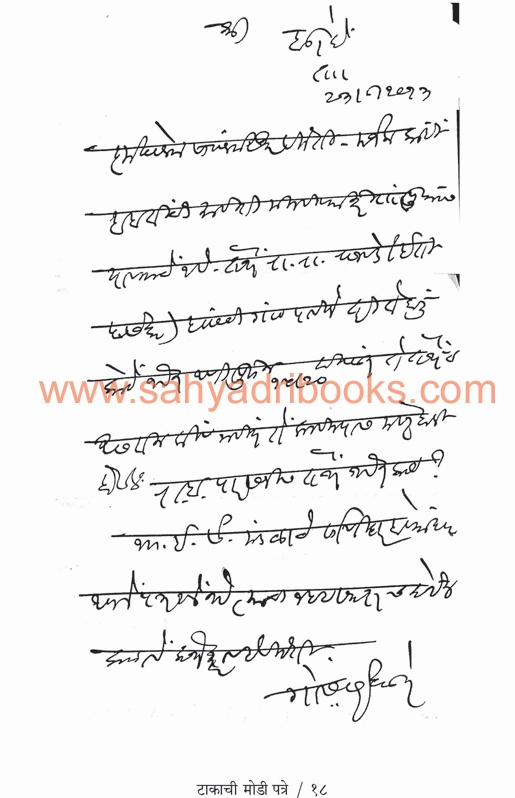 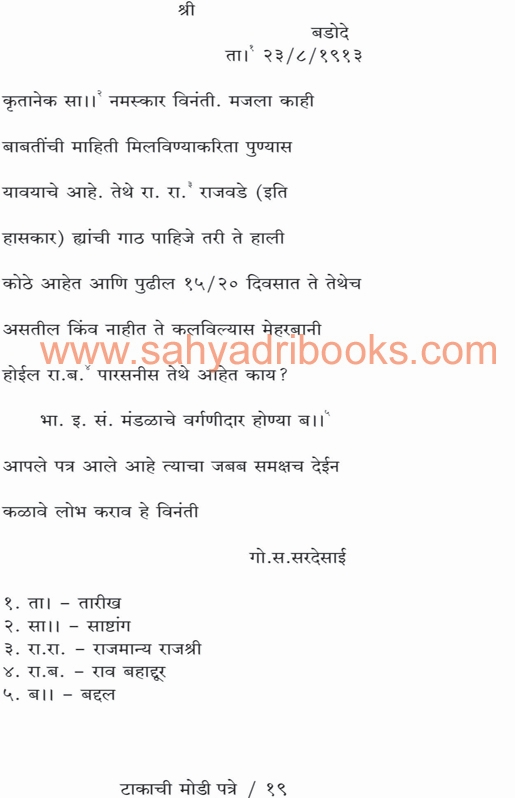 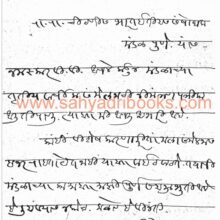 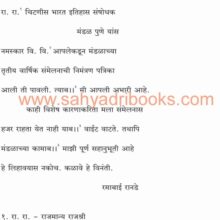 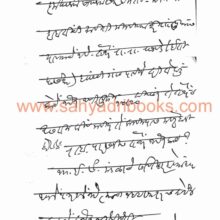 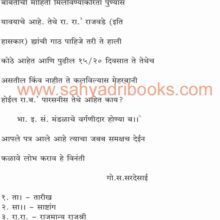 During the pre-British era, letters were written with the help of a boru, which was made from bamboo during british era a nibwas attached to boru in the front, due to which the font would be small. Cast letter writing with Tak started in the initial British rule, So known as Takachi Modi Patre. Documents like Purchase, mortgage, rent, birth certificate, land records, residual letter were written in such manner. It is possible to read the letters only with practice, which were not written in much neat manner. This book is very purposeful, with proper briefing given under suitable letters.