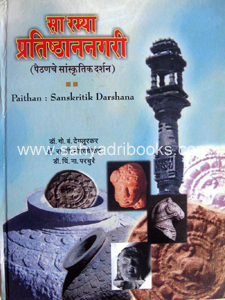 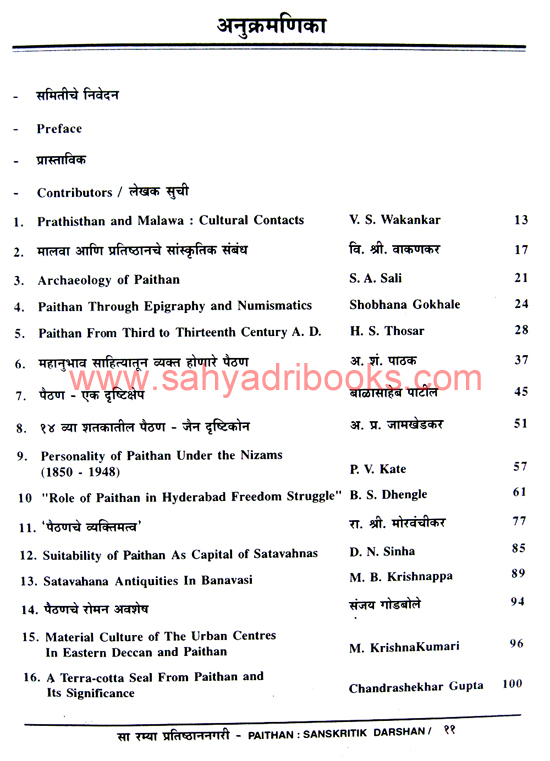 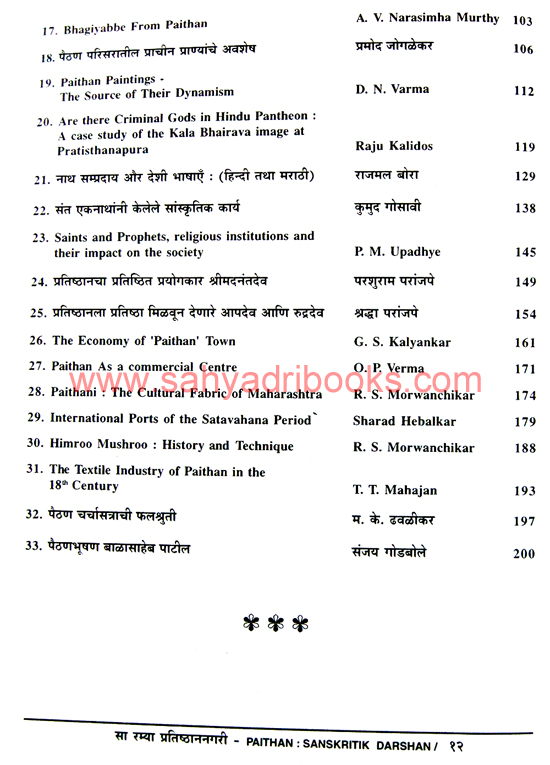 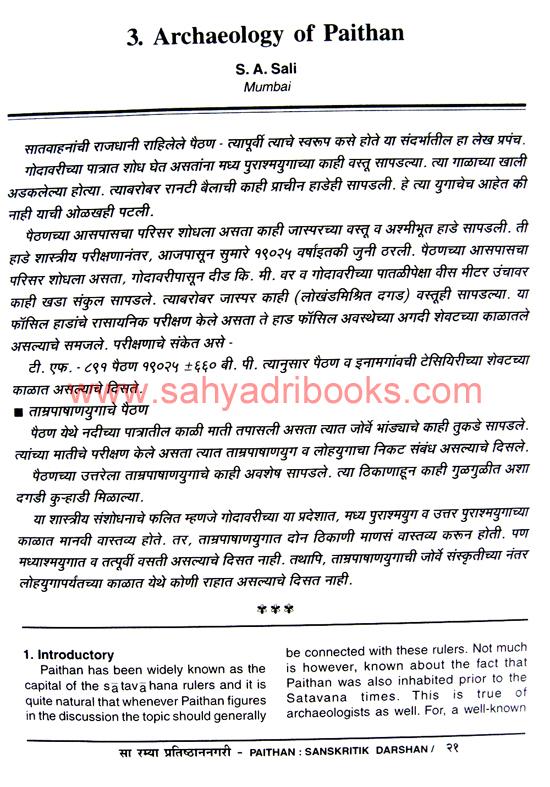 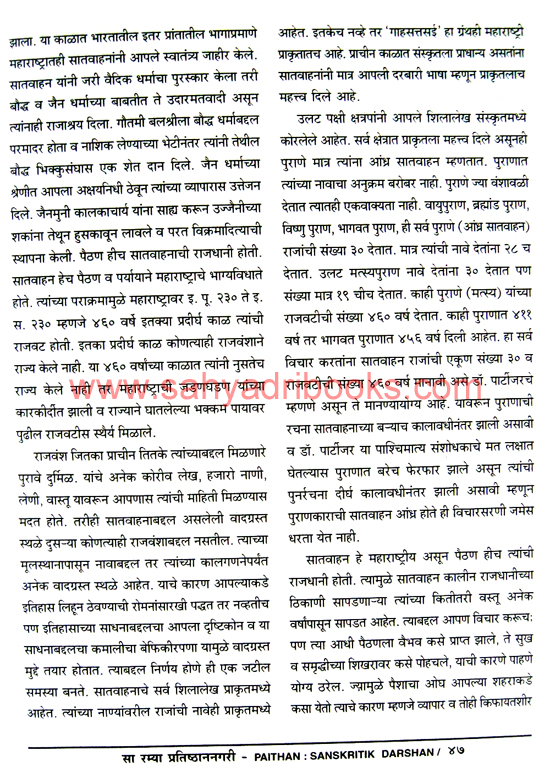 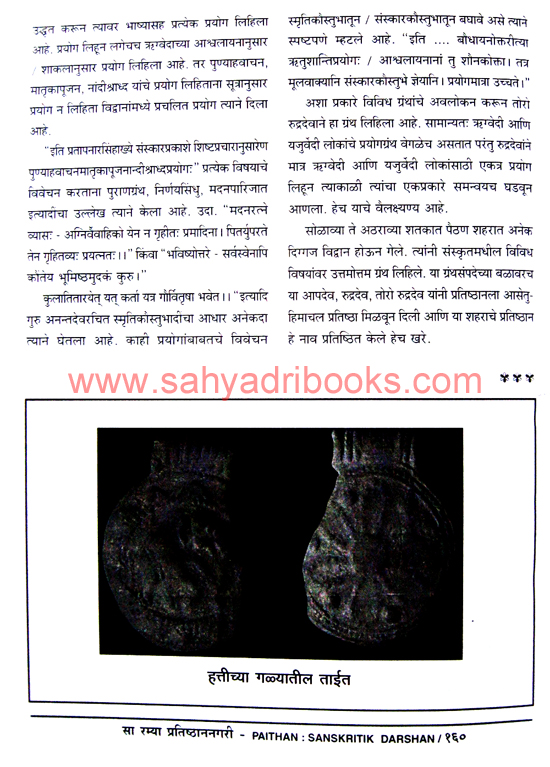 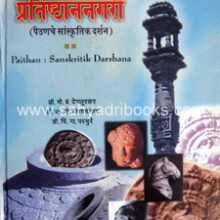 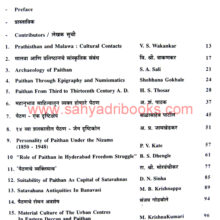 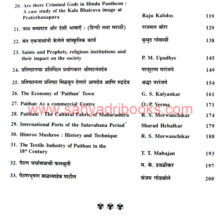 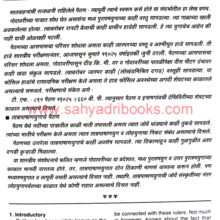 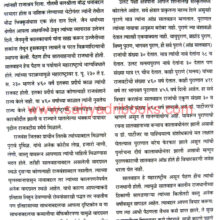 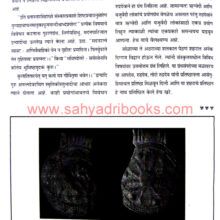 Sa Ramya Pratishthan Nagari book contains research papers read at the seminar held at Paithan (ancient Pratishthana) some twenty years back.
Paithan had been the capital of the first empire established. The Deccan around second century B.C. by the Satavahanas, to whom goes the credit of putting it on political map of India as also bringing it in the contact of the western world. Paithan had brisk trade relations particularly with Rome, hence lots of Roman antiquities were found in Paithan.
Paithan was literally enriched by Hala, Gunadhya in the first few centuries of Christian era and the tradition was kept alive later on by the Saints and priests of this region. It was also a seat of the followers of Bhakti Cult like Dnyaneshwara, Eknath and Chakradhar Swami of the Mahanubhawa.
Apart from the cultural aspects Paithan was known for its products like Paithani, woodwork etc. All these and many more facts of Paithan are recorded in the epigraph and through other antiquities. In the modern period , Paithan gave a touch fight to Nizam of Hyderabad to get rid of his domination and finally achieved independence along with other part of Marathwada.
In this seminar, many scholars from all parts of the country participated and submitted there informative and through provoking papers in English as well as Marathi. For the sheer convenience of the readers, the abstracts in Marathi, preceded the papers in English and Vice versa. The book goes all about Paithan its history and culture displaying its importance. Compiled by Dr. G. B. Deglurkar, Dr. R. S. Morwanchikar and C. N. Parchure