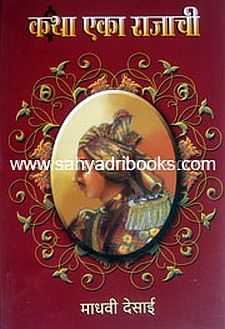 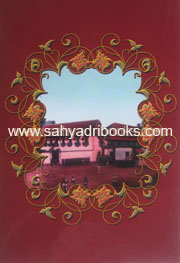 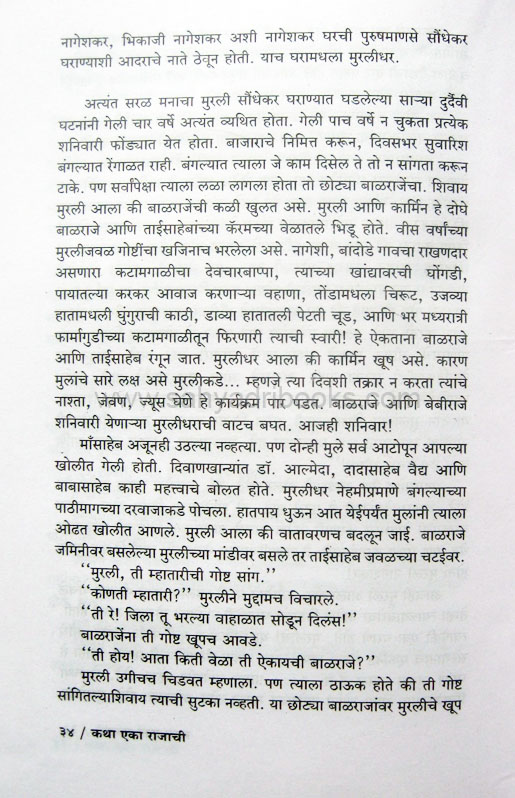 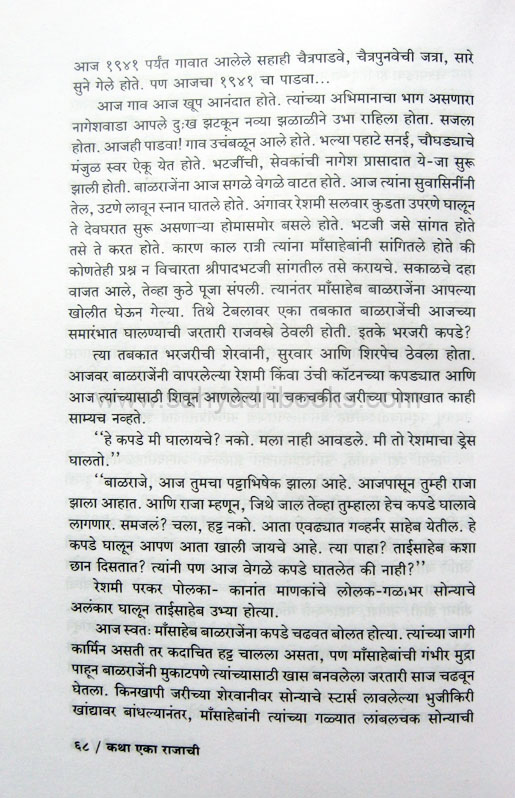 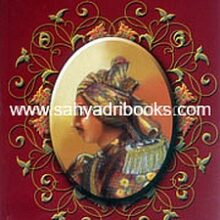 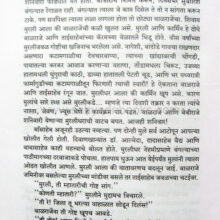 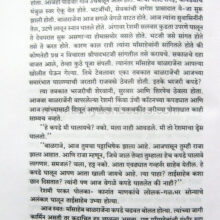 Katha Eka Rajachi book is a biography written by Madhavi Desai of the 14th king Sadashivraje Vadiyar of the Saundhekar dynasty. This dynasty is the one of the oldest and only Lingayat dynasty in village Nageshi in Goa state staying in the renowned Shivtirth Palace. This royal kingdom relocated in Goa around late 17th century and still staying here. This kingdom finds place in the Karnataka history, native place of Sudhapur near the Vijayanagar kingdom. After the death of Sadashivraje Vadiyar in 2006, this biography was written on the request of his historic background of Soundhekar dynasty as a whole. This novel consists of various parts of Goa liberation movement.